D•A [Domitianus•Arquitetura, Lda] is an architecture office, founded in 2004, based in Lisbon.

With an existence of plus than decade and a half, D•A operates contractually with public and private entities, developing projects of architecture, conservation and restoration, urbanism and public space. The work done by D•A has been awarded and distinguished, being often published in books and architectural magazines.

This site presents a selection of projects and buildings, which in its set contributed to clarify the conceptual line followed by D•A. Projects of several scales explore pragmatic itineraries, based on detailed solutions and space quality, articulating architectonic culture with the spirit of each place.

D•A consider the influence of the debate promoted in Portugal during the last quarter of the 20th Century, and the social awareness which in that moment was consolidated among the architects as support of a humanist discourse, integrator, in close articulation with the territory and the environment.  In D•A, we look each project as a translation of that row, through a rigor process, aware that quality of works is consummated in its relationship with time. 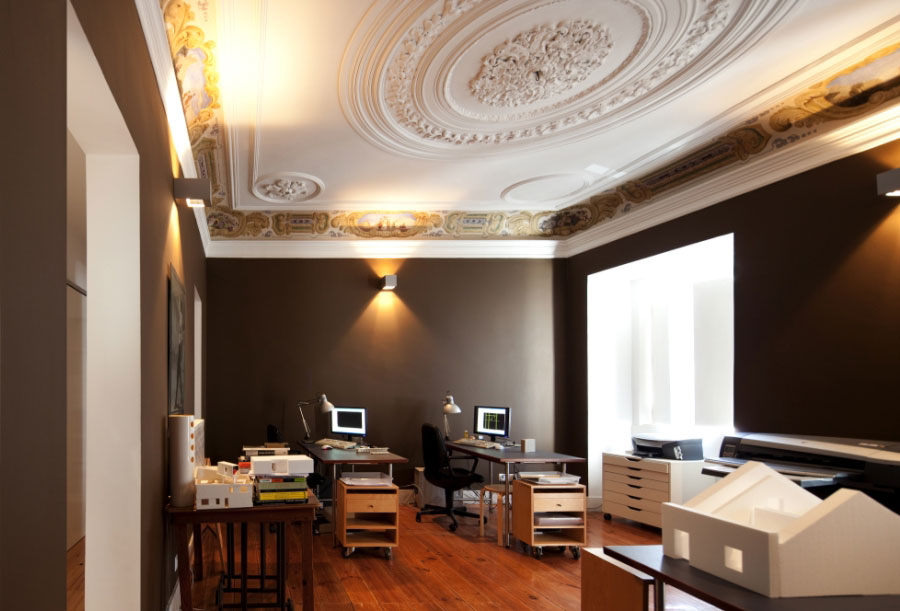